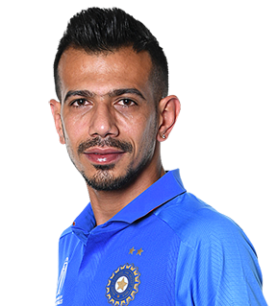 He is an Indian Right-arm leg break Bowler. Chahal was born on was born on 23 July 1990 in Jind, Haryana, India

Yuzvendra CHahal's Father name is KK Chahal , Mother name is Sunita Devi. He has 2 elder sister. Chahal is unmarried yet but he has a girl friend whose name is Tanishka Kapoor.

Chahal is playing for Royal Challengers Bangalore in IPL. He was the highest wicket teker for RCB in 2015.

Yuzvendra Chahal is a very good player of Chess and he was the former state level Chess player.

Yuzvendra Chahal  is The No. 8th Position in ODI ICC Bowling Ranking List 2019